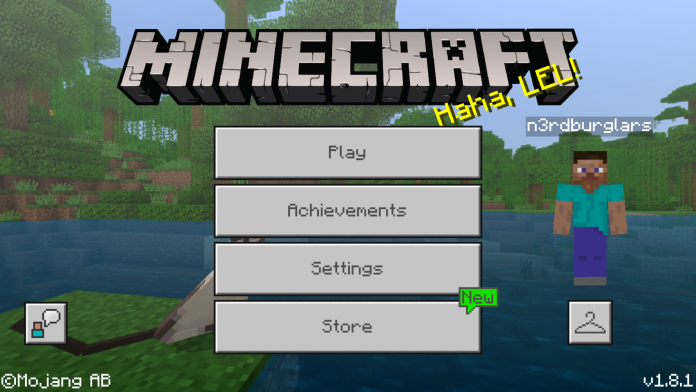 With my interest in this game coming back as of late, I was admiring how far the pocket edition of Minecraft had actually come. I was sitting on the couch the other night, unable to play Minecraft on the TV and said fuck it, I ended up buying it.

This is now the 6th copy of this game I own as I already have the Java edition, Ps3, PS4, Vita and Xbox One versions of the game. The PS3 and Vita versions are pure garbage, there is no scenario where I wanna go back and play the game on those platforms…except maybe if I got the urge to get that Vita platinum.

Getting this game has been a massive discovery for me. The Bedrock Edition! I can remember a big fuss being made about this a long time ago, but I didn’t pay much attention at the time as I wasn’t actively playing it. Turns out that the PS4 versions is now the crap version of the game as Sony are being dicks and blocking any cross platform support with other networks.

At this point I have the game on so many platforms, that I can’t really complain. All I really need to do now is start playing the game properly. I have been spending way too much time working on the Minecraft seed database that I haven’t had time for much else. I should have it sorted before I get around to publishing this anyway so hurray for Minecraft! Shut up and take my money!