Jungle temples can be risky places to visit for people who are unfamiliar. While they contain plenty of loot, they also contain traps that will quickly kill you if you come unprepared. Jungle temples are fairly easy to find. While the mossy cobblestone structure helps camoflage them amongst the green trees, there is an overall lack of cobblestone in these biomes which makes them stand out quite a bit.


Where To Find Jungle Temples

In case the name didn't give it away, Jungle temples are found in the jungle biomes. These biomes are very common and often grow over very large areas of the game. It is not uncommon to find more than one jungle temple in a single biome instance.

It is very easy to identify a jungle temple. They are small structures that are built out of a mixture of cobblestone and mossy cobblestone. They can sometimes blend in quite well with the trees, but more often than not, they are fairly easy to find.

Fully formed Jungle temples will contain 2 chests in the lower level. The first chest is normally found behind a series of 3 levers. Pull the levers in the correct order and the chest will appear. Alternatively, you can use a pickaxe to mine through the switches and reach the switch directly.

The second switch is further down the temple, surrounded by tripwires and arrow dispensers. Walk slowly to avoid being killed by the arrows that will be released if you run over one of the tripwires.

Below is a collection of minecraft jungle seeds. Users have charted these seeds and marked the coordinates of jungle temples to save you the trouble of having to hunt for them 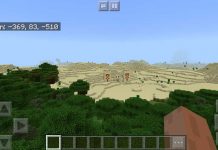 Dan Hastings- June 29, 2019
Bedrock Edition 1.9
This seed is a serious goldmine for tempeles. It can be tricky enough to find desert tempeles so I am sure there are a bunch...