The Java edition is the primary version of the game and is typically a few updates ahead of the console edition. Due to what I am guessing is the engine differences, seeds from the Java edition and the console edition do not work for each other. This means that if you are playing on the PS4 and you see a great seed on this list, it’s more than likely that It will not work for you.

Being the only version of Minecraft that supports extensive modding, you may need to be careful what mods you have enabled before attempting to use any of the seeds from this list. Some mods will alter world generation and as a result, may alter the rendered result from seeds. If a seed has been tested with the version of the game you are running but is not working for you, check to make sure you are not using any mods.

All of the seeds below will work on the Pc version of the game. Since the game gets frequent updates, the seeds may stop working over time. Please report any broken seeds. 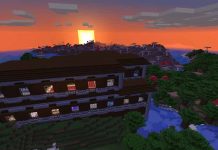 Woodland Mansion Seed and Village/Ruins next to Mooshroom Biome