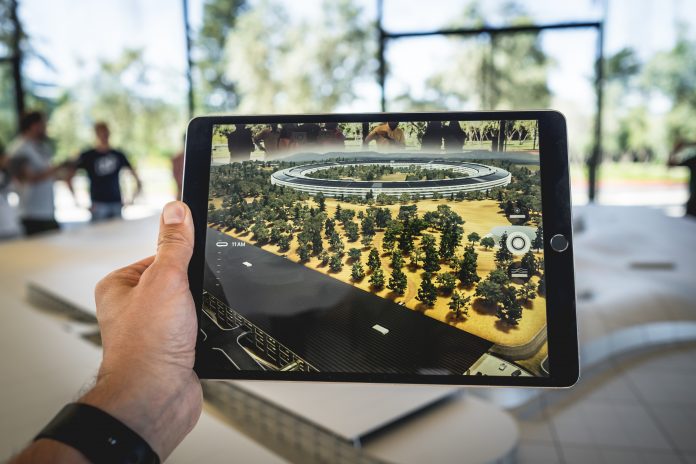 While the gaming industry seems to be focused on virtual reality, throwing money at Oculus and other VR platforms, augmented reality is also making significant waves in the gaming world. Though it may seem like VR is dominating the gaming world with AAA games being ported over and successful VR-only titles like Beat Saber gaining mainstream popularity, AR might just be the technology that the gaming industry shouldn’t sleep on. Not only is AR changing video games today, but the technology holds a lot of promise for the future as well.

VR and AR both function to change the reality that we experience when we are using them. However, while the technologies share a lot of similarities in that regard, there are a few key differences between VR and AR that are important to keep in mind. Virtual reality aims to create a fully immersive experience, whereas augmented reality’s goal is to tweak the world that a user sees, changing key aspects while still maintaining an overall sense of the world around the user.

One of the main areas where AR is significantly outpacing VR is in mobile applications. Mobile phones have become increasingly viable gaming devices in recent years due to their increased technological prowess and absolute ubiquity in the world around us. The most prominent example of AR gaming using mobile devices is Pokémon GO, which has remained an extremely popular and profitable game for years.

While Pokémon GO may have fallen a bit short on its promise of allowing multiple generations to live out their fantasies of becoming the very best like no one ever was, it did provide players with a visually augmented world in which Pokémon lived. The app proved to be a catalyst for AR in gaming, spurring many other developers to begin to take advantage of what the technology has to offer. Even Microsoft is dipping its toes into the world of VR with the HoloLens, and while they are focusing more on the business applications of the HoloLens in their marketing campaigns, there doesn’t seem to be a cooler way to play Minecraft in existence today.

Advertising that utilizes AR forms a closer emotional connection between the product and the consumer, as they are getting to experience it in a whole different way. AR can allow a consumer to try on clothes virtually before they make a purchase, go on walking tours of vacation spots before they book flights, or experience the thrill of a survival horror game like a shot of adrenaline.

AR and VR are poised to fulfill a long held promise of a completely interactive gaming world depicted depicted in novels like “Snow Crash” and “Ready Player One” and films like “TRON.” AR and VR can provide the ultimate wish fulfillment by providing a true escape into a new world unlike any experience ever before, and we are rapidly approaching a reality in which it is possible. AR can provide players with the experience of a lifetime by changing the world around them into a video game itself, rather than simply simulating a virtual world.

Once AR makes the jump from mobile phones onto a dedicated, affordable platform that can host a variety of apps and services, we will begin to witness the true potential of the future of AR. When AR achieve full immersion, it will extend far beyond gaming and begin to bleed into many other industries as well. E-commerce, marketing, healthcare, and the military will all take full advantage of what AR will be able to provide in the coming years.

AR is going to change the world of healthcare as we know it — and soon. While it might be a total blast to play Surgeon Simulator in VR, AR is going to help countless actual surgeons perform life-saving surgeries across the planet. Using Google Glass and the HoloLens, doctors will soon be able to view scans of your anatomy, manipulating images and practicing procedures before any actual cuts are made. AR may soon replace seeing eye dogs as the preferred method of the visually impaired to explore the world, with an AI visualizing and describing the world in real time.

AR also has the potential to completely revolutionize the education world as well. Millennials grew up with the internet changing the way education works, but Generation Alpha will not only have the benefit of sporting the coolest generational name, but they’ll have the benefit of being the most technologically infused generation to date. While AR can provide engagement and motivation in a gaming setting, it will certainly do so at a far higher level in an educational setting.

VR and AR are both transforming the gaming industry in their own ways, and while it might seem like VR is going to come out on top, AR may just be the dark horse. Whether it is helping millions of kids and adults experience what it’s like to be a Pokémon trainer, changing how kids learn in school, or providing a unique way to advertise, AR is a formidable technology that goes far beyond the mobile gaming it is currently associated with.