A game that took everyone by surprise, even the games own developer. A game that was meant to be some promotional material has ended up being one of the most popular mobile games released that year. Games like Fallout shelter are nothing new, in fact, there were some legal issues surrounding the game as Bethesda allegedly stole code from a different but very similar game

Legal issues aside, Fallout Shelter is a very enjoyable game. I still play now and then to collect resources and stuff, but there isn’t much left for me in this game. Anyone got any recommendations for other games to play that are like Fallout Shelter? 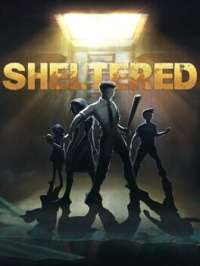 Sheltered is a very similar concept and due to the fact that it is a game that you pay for, you will have more content to work with and not have loot boxes shoved into your face every time you load the game up. It has an 8bit visual style that isn't as pretty as the vault-tec look and feel, but it is a very similar game to Fallout Shelter