During the peak of the RTS genre boom for PC, Relic had a massive share in the market. They had control over 2 of the biggest franchises. Dawn of War and Company of Heroes. What they did with those over the years is a topic for discussion, but we can all agree they made some fantastic RTS games.

Can anyone recommend some games like Company of Heroes for PC that have the same sort of top down perspective where you get to manage units/soldiers to attack the other enemies/players on the map. I can remember playing AOE using a PS2 controller before and it was terrible, so I would prefer to play PC games that have some similarities with this type of game.

The same developer that created the Company of Heroes games also created the Dawn of War games. Completely different setting, but the gameplay is the same. Top down perspective, base building, vehicles and wars. Have a look into the Warhammer 40k universe first though. If you don't like it, the game might not be fore you, even though the gameplay and camera perspective are the same. I would suggest you play the first game rather than the second of third.

Rise of Nations is a bit old now, but it is the same as Age of Empires 2 except that it fits all time periods. You start off in the stone age or whatever and work your way up towards nuclear bombs. You will get this game for fairly cheap now since it was released a long time ago. Visuals aren't that bad either, considering the age. 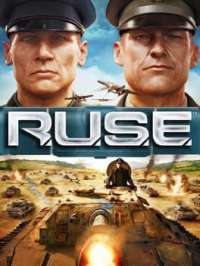 This game is worth checking out. It is set during WWII so it is probably one of the most relatable RTS games to Company of Heroes. 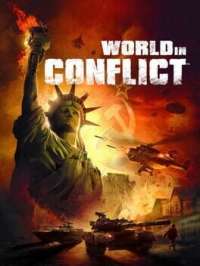 Check out World In Conflict. It is a little more modern than Company of Heroes, but it is still set on Earth with technology we can recognice...in other words It isn't a space sci fi game.