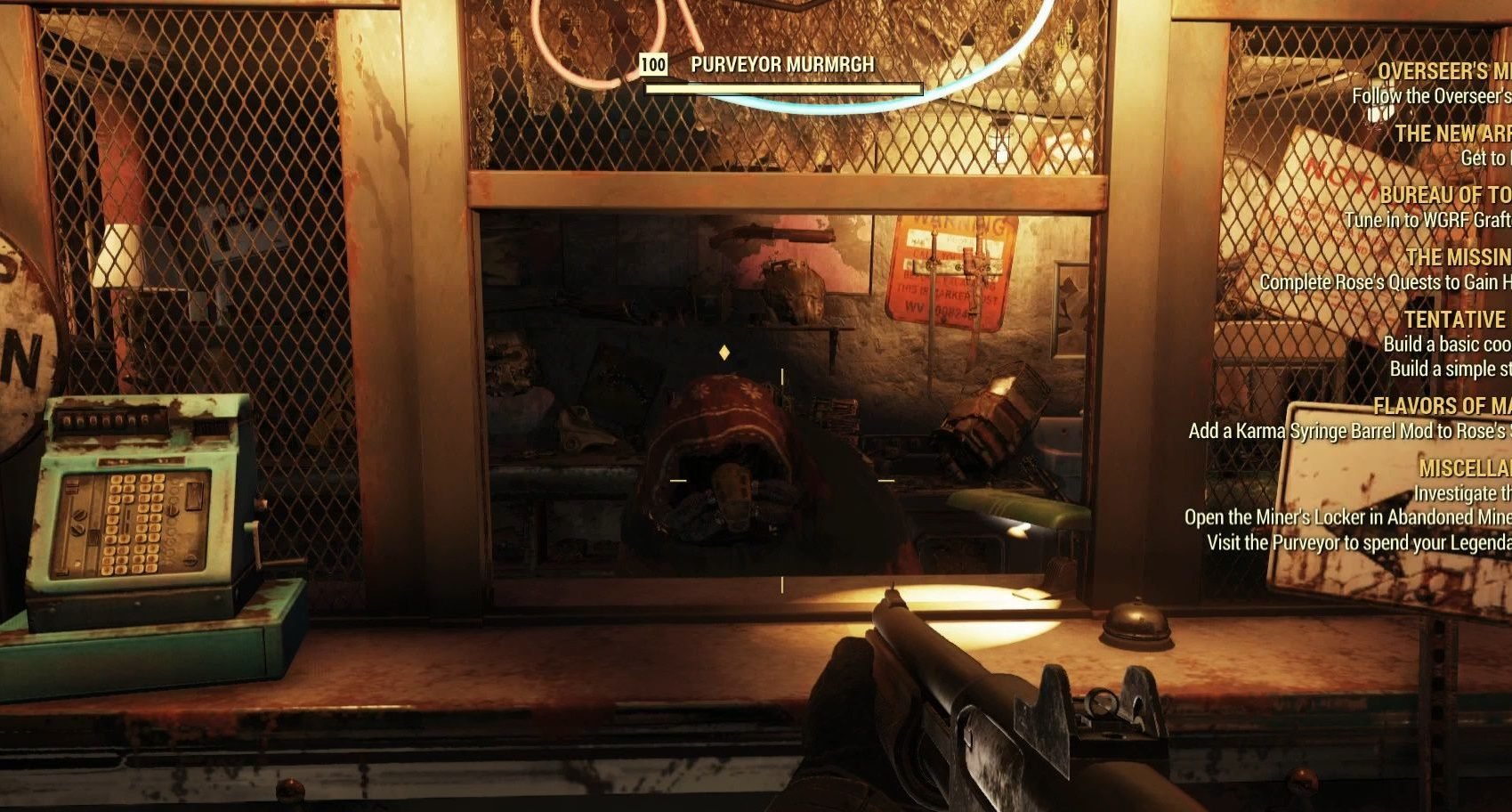 Throughout my journey through Appalachia, I have been keeping my scrip in my savings account, waiting until I hit level 50 to splurge on some legendary gear. Yesterday, I finally hit level 50 and was able to take my fairly measly 600 Scrip that I had accumulated and paid a visit to Purveyor Murmrgh to hopefully get kick-ass legendary weapons.

This vendor is just a second chance for people who get a lot of legendary items they do not want anymore. It allows you to essentially trade them in for something new while keeping it fair and random. There aren’t any great ways to spend the scrip you obtain in Fallout 76, so it isn’t like anyone should be excited in the first place. The downside of random means you can get a whole lot of garbage, which was most definitely the case for the guy who spent 6000 Scrip and got pretty much nothing.

Despite the odds being stacked against me getting something good, I held out hope that I would be lucky enough to get a weapon that would get me through the more difficult end game raids and boss fights. I visited the Purveyor Murmrgh with low expectations and still left disappointed.

Heavy Weapons Are The Winners

A bloody build is definitely not for me at the moment. I’m not sure I will ever be calm enough to go for a bloody build. I got one or 2 bloody weapons that are not much interest to me right now. I will hold onto them just in case but they are likely to end up being sold back.

I got a few other non-bloody heavy weapons. I don’t have any Fatman ammo and very little flamer ammo. If I want to make the most of what I got from this trip to the Purveyor, I may have to make some changes to the weapons that I use.

I have not invested in a commando build for my current build. I have all of the special stats that would work for it but have opted for shotguns and rifles instead of automatic weapons. I did get a 5mm heavy weapon with some nice stats. With no mods, the damage is about half of what my hardened hunting rifle puts out. I am able to one-shot most enemies with it, but I am quite tempted by the stats of this gun.

I don’t have the perk cards to go commando just yet, so I will need to gain 9 levels before I can do much with it. Gives me time to reflect and maybe get further through the story to decide If I want to do this. Since there are no more SPECIAL points, I can let the levels build up until I decide. Maybe some gold bullion will change my feelings toward the type of build I go with.