Nerdburglars Gaming
Stream Status: Loading...
Home How VR Has Developed Over the Years 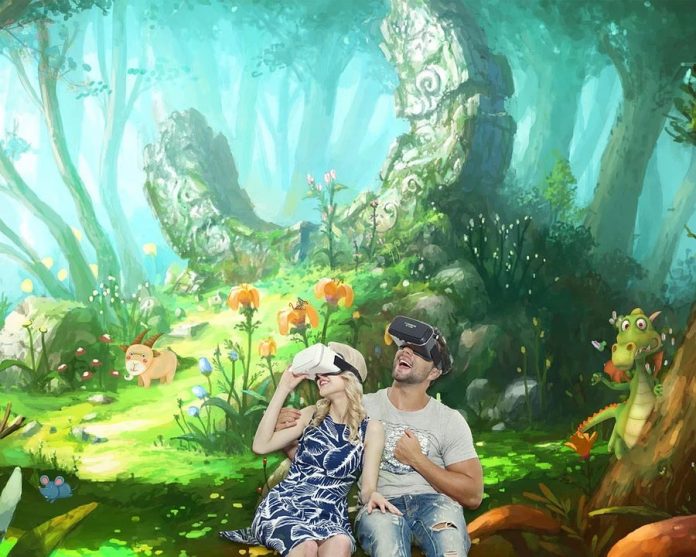 Virtual reality gaming has matured a lot over the last decade, with some big companies like Facebook, Microsoft and Sony all investing heavily in the technology. The 2012 Kickstarter campaign that gave birth to the Oculus Rift is often credited with starting the trend for VR gaming, but it was by no means the first tech to go there.

As we said, the Oculus Rift certainly wasn’t the original VR gaming device. The first headset was created in 1968 and called the Sword of Damocles. It was nothing like the devices available today being extremely heavy and cumbersome. It was a computer suspended from a ceiling and the user would have to be strapped in, so it was by no means portable.

Gaming giant Nintendo attempted to be the first to market the concept with the Virtual Boy console which was released for a brief time in 1995. It was sold as the most advanced and most immersive gaming experience available.

The problem was that the Virtual Boy could not deliver on its promises. Graphics were generated through a red monochrome display, making games look significantly worse than on the company’s SNES and soon to be released Nintendo 64 consoles.

Characters were drawn with wireframe vector graphics, making them hollow and sometimes difficult to make out. 3D depth effects were created using red and cyan lenses, similar to 3D movies. However, all the 3D effects were lost on most people due to the distractingly poor graphics.

The VR also didn’t track around when the user turned their head or moved their eyes like happens in modern VR systems.

It was universally written off by critics who described it as a gimmick with no real purpose. It was clumsy and awkward to use and didn’t offer the multiplayer functionality that was available on the SNES.

Ultimately, it failed to deliver on any of its promises, not offering a true VR experience or even 3D graphics.

The announcement of the Oculus Rift CV1 in April 2012 on Kickstarter created a huge amount of interest, helping the company to raise $2.4 million.

Two years later, the company was bought by Facebook for $2.3 billion, and a retail version of the headset finally went on sale in March 2016, four years after the Kickstarter campaign. They still beat Sony, whose PlayStation VR headset went on sale 6 months later.

The company has since released four different headsets, the latest being the Oculus Rift S which uses better hardware than its predecessors and, at $399, costs the same as the original when it first launched.

The new devices are a huge step up on what was produced by Nintendo in 1995; they all offer full HD quality graphics and are capable of displaying full video imagery. As an example, the Oculus Rift S has 2560 x 1440 resolution with an 80 Hz refresh rate. All modern devices are also capable of tracking movement, so the display changes to reflect the head movements of the user. This allows for immersive, full 360-degree virtual reality content, something that the Virtual Boy could not deliver.

In December, SuperData Research reported that Oculus has sold 1.5 million devices since it was launched, while HTC has sold 1.3 million of its Vive VR headset. Sony has faired better, having shifted almost 5 million PlayStation VR headsets since launch.

Sony is, of course, at a significant advantage since it has the PlayStation console with which to create more demand than other manufacturers. Despite this, it has still had to heavily discount the hardware to convince consumers to buy it.

It seems that those that do buy a VR headset take full advantage of them though. Oculus announced in June 2019 that in just two weeks it had managed to sell a whopping $5 million worth of games and content for its Quest headset.

Therefore, it seems that a community of dedicated VR fans will keep VR gaming profitable through their continued purchasing of games for their headsets.

Since the success of VR gaming seems to rely heavily on the quality of the games available to play on the hardware, it makes sense to examine this part of the industry.

Cool demo experiences won’t cut it. The novelty of virtual reality music videos will wear off very quickly as it requires time and effort from the user to set up, while using Google Street View in VR gets boring after about 10 minutes.

There have been many great titles released for VR hardware, although recent releases for the PlayStation VR have slowed in recent years as Sony prepares to launch the PlayStation 5 and VR 2.

Online casinos have also started to develop VR games, creating fully immersive environments to play in games and tournaments against others. This type of diversification is necessary in the sector as competition is fierce, resulting in generous welcome bonuses being offered by brands like Ladbrokes Casino.

Rick and Morty: Virtual Rick-Ality is a great example of a VR game. In it, you can explore the Rick and Morty world you see in the show, probing, prodding, throwing, and smashing iconic items and props. Although it’s great, it still has a distinct “VR” feel to it as opposed to being a different way to experience a traditional video game.

Wipeout Omega Collection is a PlayStation 4 game that includes VR modes. Playing through a PlayStation VR headset lets you use the motion tracking to change your view inside the cockpit. This makes this a full video game experience within a VR world, rather than a “VR genre” game.

The same is the case for Firewall Zero Hour. It is an arcade-style first-person shooter that uses the PlayStation VR headset and Aim rifle controller to create the most realist shoot’em up game yet.

It seems that VR technology is beginning to mature and that some of the biggest players in the industry are showing strong commitment to it. We’ve come a long way from the failed Virtual Boy and it’s likely that the continued success of VR will be reliant on more and better games being released.