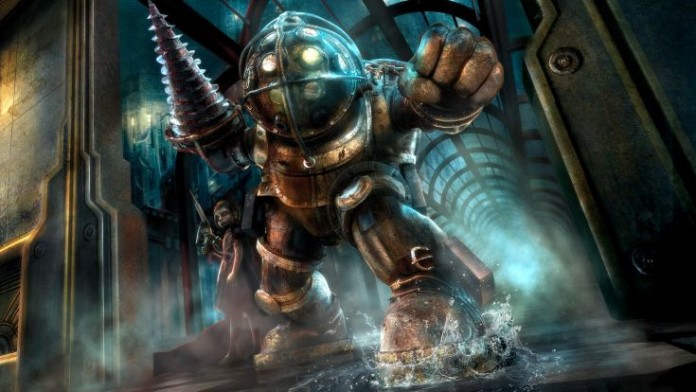 Over the past few weeks there have been some rumors that the Bioshock series would be getting the HD remake treatment. Nothing was confirmed by the developer or publisher, so we assumed that it was nothing more than a rumor and kept our fingers crossed. The wait is now over as we have more than enough information to confirm that a Bioshock collection is on the way.

As of right now, there has been no official press release to signal the release of such a product, but 2 key pieces of information were leaked that confirmed the release. The first is that the game has been officially rated for the Xbox One. The second piece of information is the box art for the game.

This is great news for fans and new comers to the series. While i have beaten the first Bioshock game 4 or 5 times, I will most definitely be jumping on the opportunity to play the game again in 1080p.

We are still waiting for an official announcement on a release date and a list of platforms. It’s most likely that this will be released for Xbox One, PC and PS4 to follow the trend of pretty much every other HD remake that has been released over the past few months. Stay tuned for more