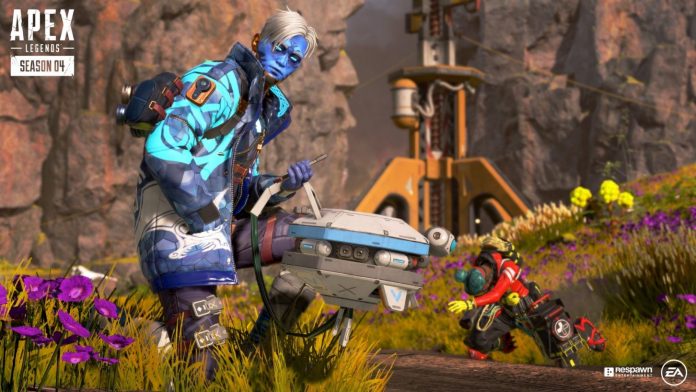 The latest season of Apex legends known as Assimilation has finally arrived for Respawn’s battle royale title, meaning PC, Xbox One and PS4 players can jump right into the action. With the new update, it brings a host of new features that you’ll love and need to get used to, in this article we’ll deep dive into everything you need to know about Apex legends’ year two content.

There is a heck of a lot of new content packed into Season 4 such as the sentinel Sniper rifle and the introduction of the new character known as Revenant. The new season also features the original Kings Canyon map, although it has a few tweaks from what we saw in the first installment of the map. One of the most significant new features of Assimilation is a streamlined ranked mode, which is what we’ll be going into in our guide.

What to expect from Ranked Mode

Players who jump into ranked Mode will be placed against each other according to matched skill levels, ultimately sieving the better players against the best of the best. To join the ranked queue, you’ll be required to be at least level 10.

It’s no easy task to climb the ranks in Apex legends; in fact, it can often result in a lot of frustration. As you begin to climb the competitive ladder though, the results are genuinely quite thrilling when compared to playing the normal Mode of Apex. You’ll go through six tiers in Ranked Mode which consist of Bronze through to the mighty ‘Apex Predator’ rank. Players begin at the Bronze tier and can climb the ranks through downing enemies, getting overall wins and ensuring great team placements. As you ascend levels, gaining RP can prove much trickier, and for new Apex players, it can often be a tiresome experience as matches take a turn for the worse it’s relatively common to lose more RP than you gain.

Be a great communicator

Regardless of whether you have a premade team or playing alongside a group of teams, success will be more easily grasped if you can be good at communicating with others. The ping system in Apex Legends may be pretty durable, but there’s no matching talking over voice chat. During the lower levels of ranked play, you could get by using the ping system, but as you work up towards the ranks of Platinum and Diamond, you’ll begin to see how smooth movements between teams can be.

It’s crucial to be able to go over strategies, discuss how you’ll breach through enemy lines, and the best tactics, so jumping onto voice chat could be within your interests if you’re not already using it.

If you figure out the intentions of your enemies, having a way to instantly communicate this to your team will give you an upper hand. You can also avoid unnecessary losses by informing your team if you can’t commit to winning a firefight, even a simple shoutout could be beneficial. Let your voice be heard. Get your mic at the ready!

Build a team that fits like a jigsaw puzzle

Apex Legends differs to many other BR titles in the vast amount of characters available to choose from, each with their own abilities, strengths and weaknesses. With this in mind, you should join/build a team that has synergies that work in each players’ favour to ensure more ranked wins.

Although most of us head straight for our favourite character, choosing one based on your current comp that will benefit your team’s synergy is a much more positive strategy. Take Bangalore for example, if you were to pair him with Caustic you’d be able to pound your enemies with waves of smoke and noxious gas, allowing you to overpower them due to reduced visibility during a firefight.

Add Bloodhound to the existing roster, and you’ll be equipped with a comp that sees directly through the deadly smoke wall, making it much simpler to take down your enemies with their impaired vision. There are lots of character combinations to work with, so research their skills and abilities to choose a comp that fits like a glove. Opting for a service such as https://overboost.pro/ can also be a great way to provide your team with a competitive edge.

Rather than diving in and selecting a meta gun, you’d be best selecting a weapon you are comfortable fighting with. Home in on a loadout that consists of a weapon that’s capable of mid-range shots while having something that’s well-verses in close quarters situations, adjusting your loadout accordingly as you progress.

It’s incredibly frustrating taking shots from enemies in the distance as they chip away at your health, which is even worse when you’re not equipped to fight back. It’s a great strategy to equip your squad with LMGs, SMGs, shotguns and sniper rifles in an attempt of increasing your chances of securing a victory.

If you come up against a player who has a weapon that they’ve become overly familiar with, selecting a weapon because it packs a considerable damage output won’t result in a positive for you. Players who have perfected their weapon loadout and skills for a particular weapon almost always have the upper hand in a firefight against someone who has chosen a high damage output weapon.

One of the biggest mistakes made by players that are in a team is rage quitting, which is especially true for those in the lower ranks. Swooping into a hot zone to grab all of the high-tier gear can often feel like the best approach at first, but if you drop somewhere different to your team, make sure they’re not too far away.

You’ll often enter a very early grave in Respawn’s FPS if you ditch your teammates, and people who meet their demise early are often the ones who ragequit, leaving their team with one less player. This, of course, lets the side down and eliminates any chance of being part of a ranked match win.

The respawn beacons in apex legends are there for the benefit of downed players, not just to look pretty. Even when you’re feeling like you’re hitting a brick wall, it’s important never to give up. Having a full quad later in a match makes it much easier to pick off the surviving enemy team members too!